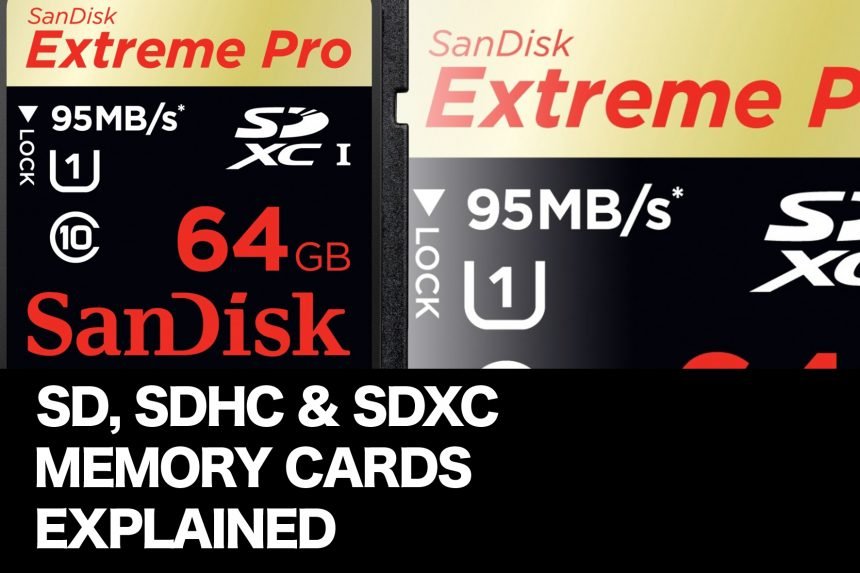 Have you found yourself standing at a counter or surfing the web after buying a camera only to be confused by all the different types of memory cards?

I’ve spent considerable time on the other side of the counter so I thought I would share some of my knowledge with you about the differences between memory cards.

Firstly I’m not going to go into the history of all the different types of memory cards as it may confuse some people. Instead, I’ll talk about the most popular type of memory card as an example. Let me introduce you to the humble SD card (Secure Digital).  Released in 1999 by Sandisk, Panasonic and Toshiba the SD format was developed from its predecesor, the MMC card (MultiMedia Card). The advantages of the new memory format came in leaps and bounds for the music fans as they could now store encrypted media files like music data.

Moving forward the SD has evolved several years later into the now SDHC and SDXC cards. I think this leap in technology was one of the most confusing as strange numbers started appearing on packaging and consumers starting scratching their heads in confusion.

Terms like class, speed, write/read times and of course memory size all contributed to the confusion. This is where hopefully I can explain some of the theory behind the numbers. So lets get started…

Firstly lets start by talking about the types you will see on a shelf or in an online store. The types can be split into three main categories; SDXC, SDHC and SD cards.

SDXC (Secure Digital Xtended Capacity)cards are the highest memory capacity and are typically made in sizes larger than 32GB. I imagine the highest size in this type will be 2TB before we see the next series of cards. Sandisk SDXC cards come in two ranges, Sandisk Extreme Pro and Sandisk Extreme.

SDHC (Secure Digital High Capacity)cards have a range from 4GB to 32GB. These cards will only have a maximum read/write speed of 45MB/s. Most Digital SLR owners will use this type of memory card as they are able to keep up with most frame rates the more expensive cameras offer.

SD (Secure Digital) cards are the slowest (and oldest) in the range with a typical speed of 12.5MB/s. These cards are still okay to use for most compact cheaper cameras (under $400) however if you are using a Digital SLR I would strongly recommend using a faster read/write speed (like the one pictured below) due to the larger image sizes.

Class of a memory card is defined by a small number with a white circle surrounding it. The class rating is used as a measure for video recording and what it essentially represents is the minimum sustained speed the memory card can perform video recording at. This means the card has a minimum sustained speed of 4/MBs. Some of the faster cards we see today will typically have a class rating of 10 or higher (10MB/s).

Why do you need such a high-class rating?

I recommend a high class card so your camera can dump all the information quickly on the card. For example if you are filming at the quality of Full High Definition you will need a Class 6 or Class 10 SDHC card. A smaller class simply won’t be able to keep up with the recording speed which may result in a slower operating camera and potentially some missed frames.

This specification on SDHC or SDXC memory card is measured by it peak performing speed. Let me give you an example; shown below it clearly reads 60MB/s, this means 60MB/s is the maximum successive speed that data can be written to the memory card and transferred to a device like a camera.  Given that 30MB/s is about the average size of a file from a Digital SLR you will need to be careful in selecting the right card for your camera. To work out what your image size is simple open a program like Finder (Mac) or Explorer (PC) and check the file properties to see how big the file size is. Now that you know ensure you purchase a memory card with has a higher read/write speed than the file size of your camera.

If you have a digital SLR which shoots quite a high frame rate like 5-8 frames per second or more, then I would strongly recommend buying a card like the one shown below. 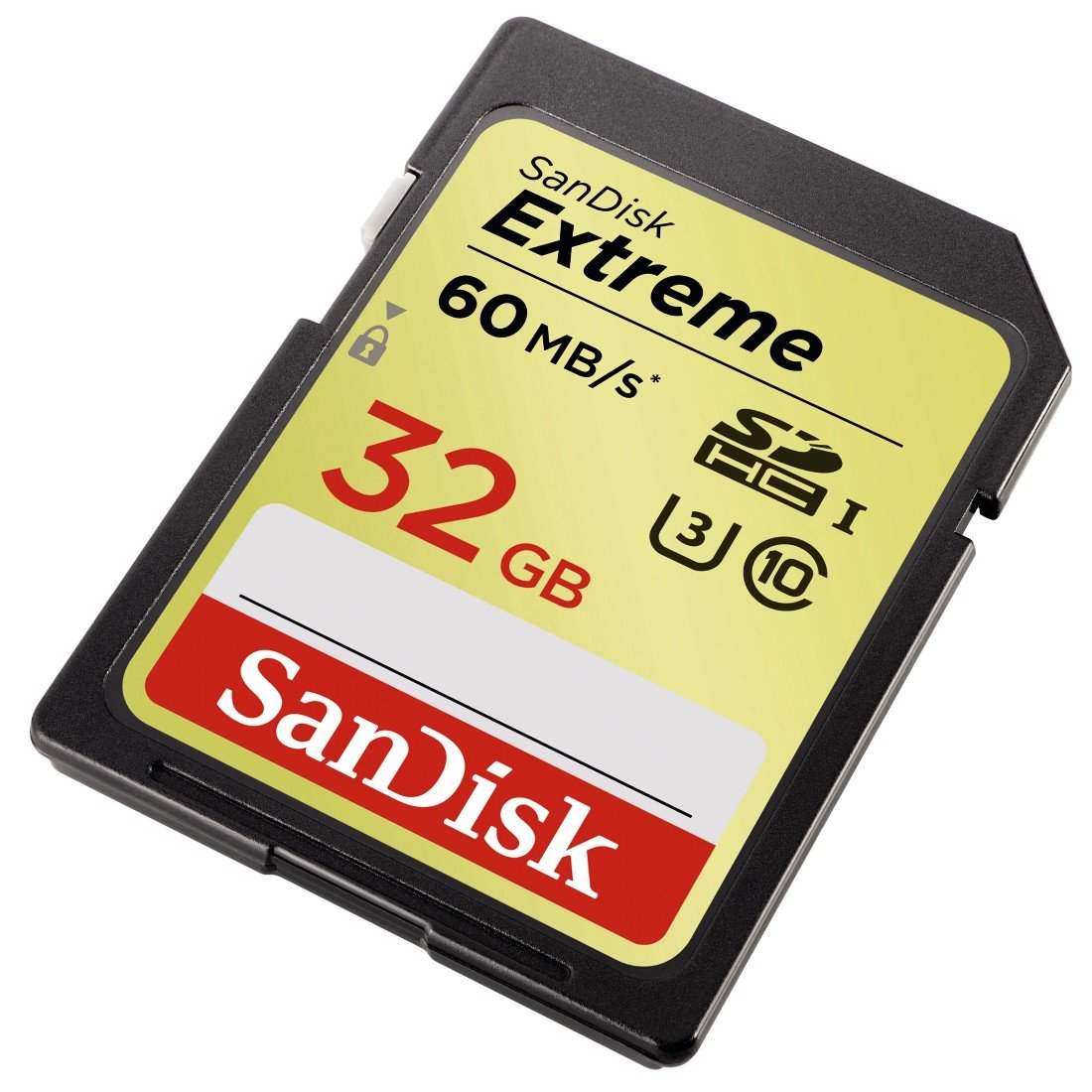 The most common question I still get asked is how many photos can I hold on my memory card? The answer is it varies. Memory size and the camera recording quality are the two main factors which will affect how many photos or how much video you can hold.

I have constructed a chart which you may find useful so feel free to share it. The figures shown below are approximate.

There are numerous brands currently on the market. My advice is stick to the big brands. I have seen too many people purchase the cheaper branded cards only to watch them cry over their lost photos due to a corrupt card.

A word of warning…be aware of branded cards which are similar in price to the brand I have mentioned. Many online sellers and retailers will try and recommend you buy to a similar priced memory card but from my years of experience  they are only trying to increase their profit margins as the card they are trying to sell you normally has a cheaper profit margin. Don’t get me wrong there are plenty of great brands out there all I suggest you do is do your research.

Until Next Time – Happy Shooting!

One Comment on “SD, SDHC and SDXC Memory Cards Explained”