Currently there are over 1,200 Patreon creators registered in the Photography category, so there’s plenty of competition. However it didn’t take long to make a couple of curious discoveries about this community.

Published July 4, 2018NewsBy Dumitru BrinzanDisclaimerFStopLounge.com is a participant in the Amazon Services LLC Associates Program, an affiliate advertising program designed to provide a means for website owners to earn advertising fees by advertising and linking to amazon.com, audible.com, and any other website that may be affiliated with Amazon Service LLC Associates Program. At no additional cost to you, we will earn a commission if you decide to make a purchase after clicking through our affiliate link(s). Please use your own judgment to determine if any program, product or service presented here is appropriate for you.

It has been over 5 years since Patreon launched, so I wanted to take a look at how fellow photographers are doing on this platform.

But first, here are the official numbers provided by Patreon:

Currently there are over 1,200 Patreon creators registered in the Photography category, so there’s plenty of competition.

However it didn’t take long to discover that a great deal of “creators” in this category are just women posting private photos of themselves.

Another interesting discovery was that 4 out of the 22 creators presented here are female models doing cosplay. Even though their direct earnings on Patreon are not very impressive, it does indicate that cosplay can build you a huge following of fans.

Cosplay, Photography, and Boudoir from a professional photographer and retoucher. 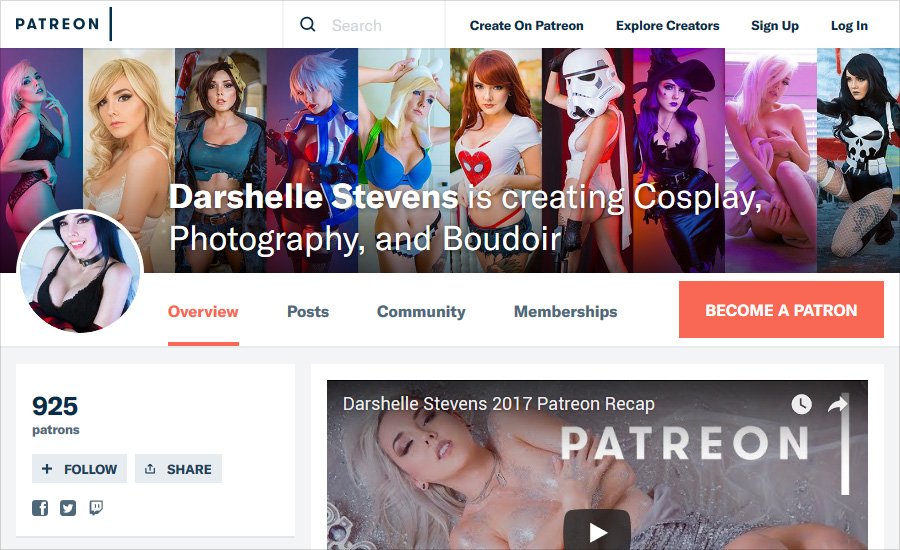 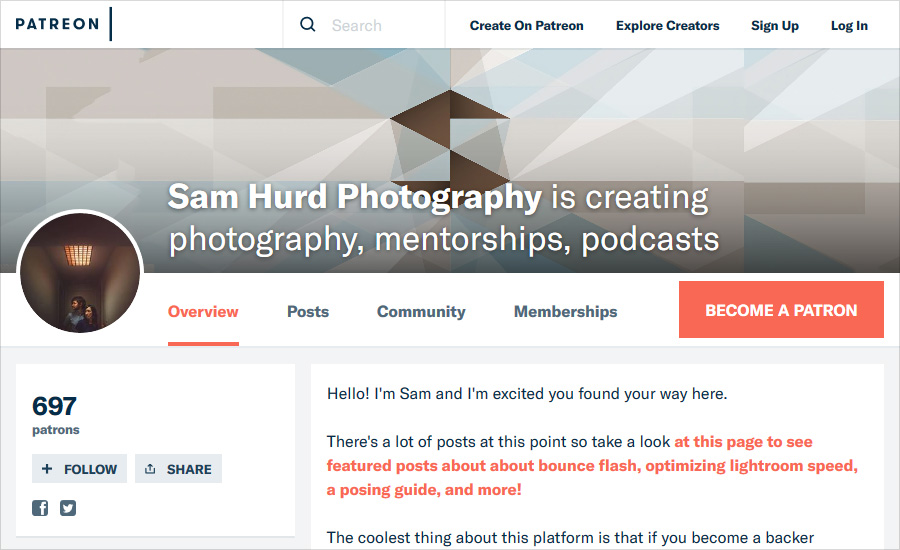 Trevor is on Patreon because he wants to continue to photograph more rocket launches, more sporting events, more awesome landscapes/places. His photography portfolio is here. 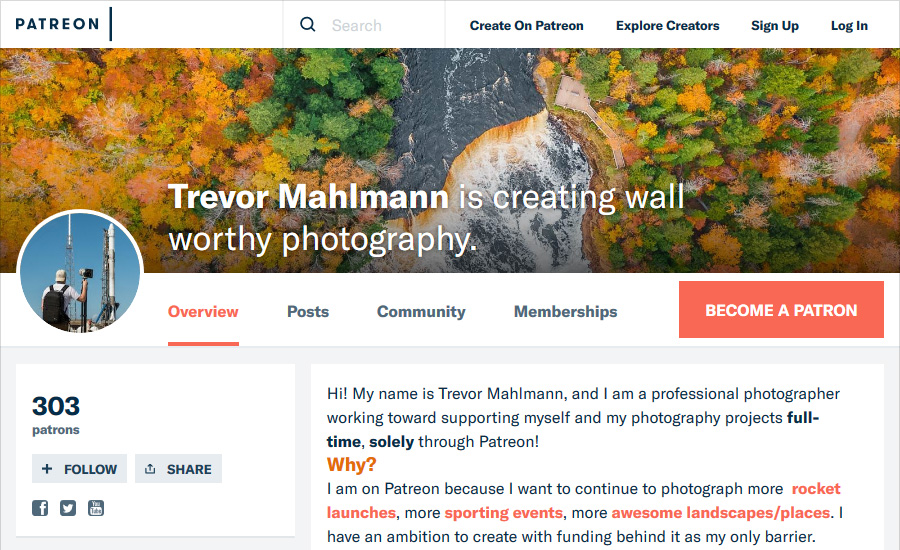 Everyday Astronaut’s mission is to bring space down to earth for everyday people. To communicate science through humor and imagination. To help adults reminisce about their childhood awe of the cosmos. To spark curiosity in future generations to dream about exploration, thirst for knowledge and desire to find their place in the universe. 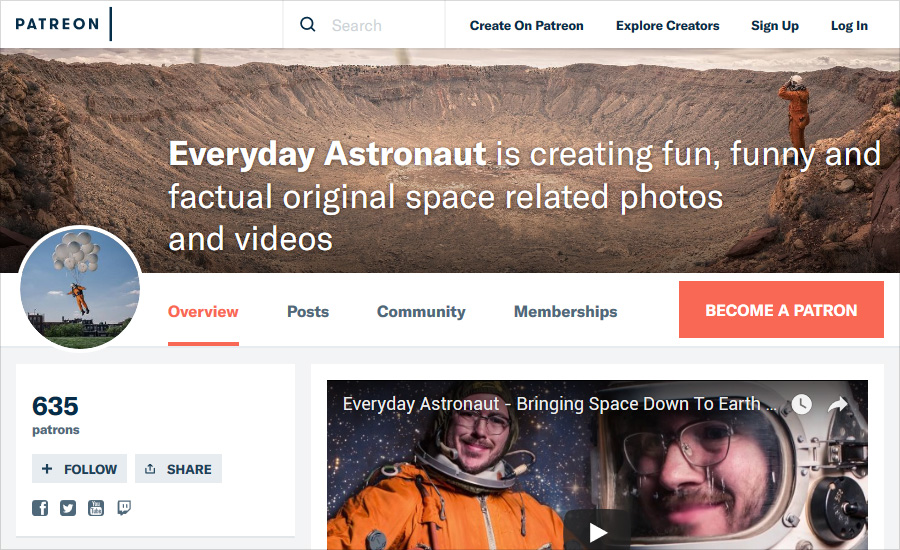 We Animals is creating photos of animals who need our help. 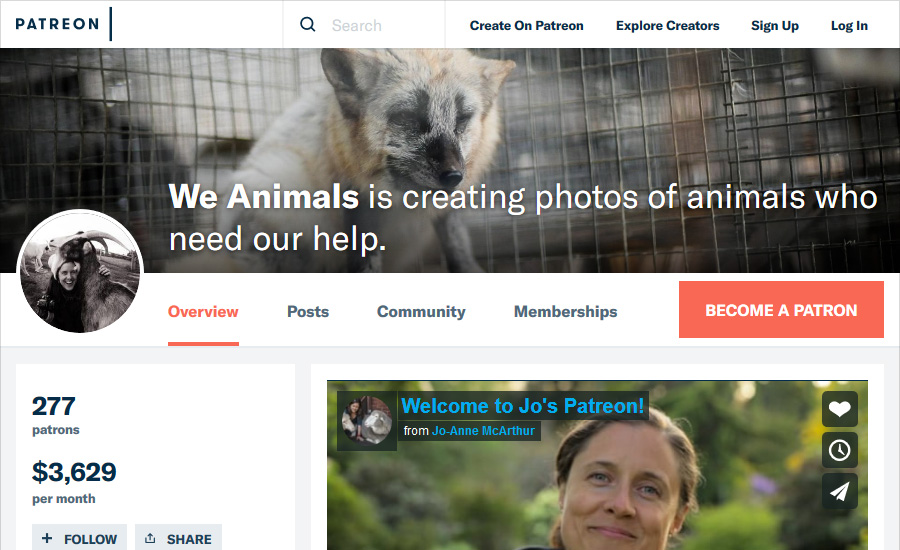 Siara is giving away product photography to her patrons. 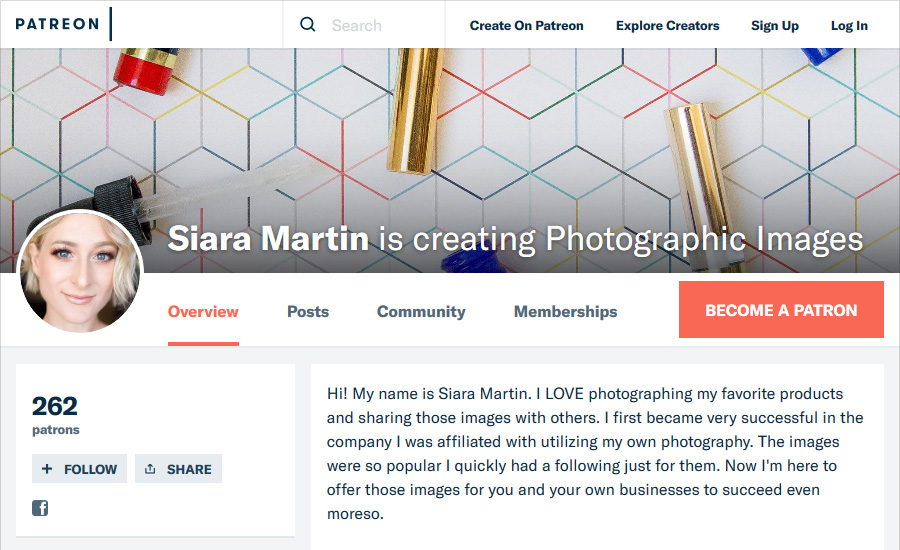 Patrons will receive a variety of content, including brushes (.TPL & .ABR – support for CS6+,) textures, patterns, wallpapers, tutorial videos and write-ups, files, my eternal gratitude and more within the tiered perks (listed right) per month of pledge. 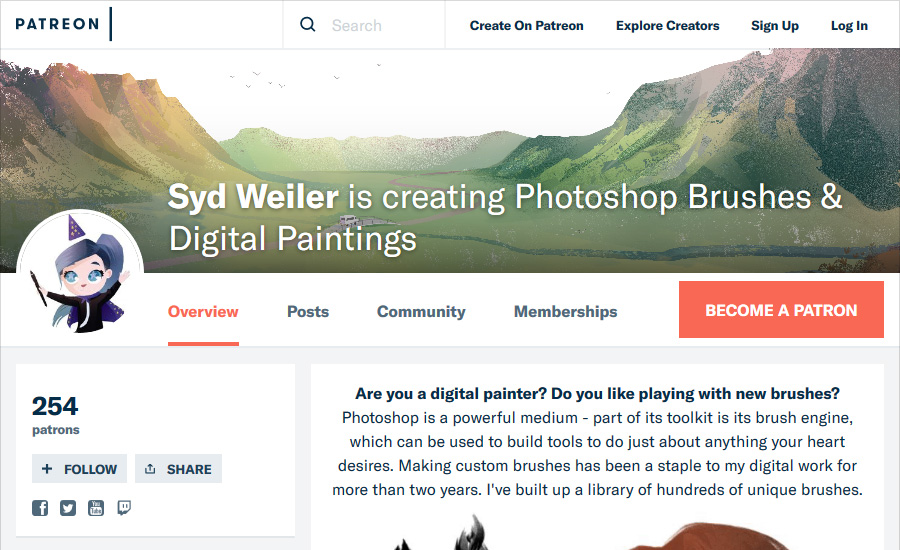 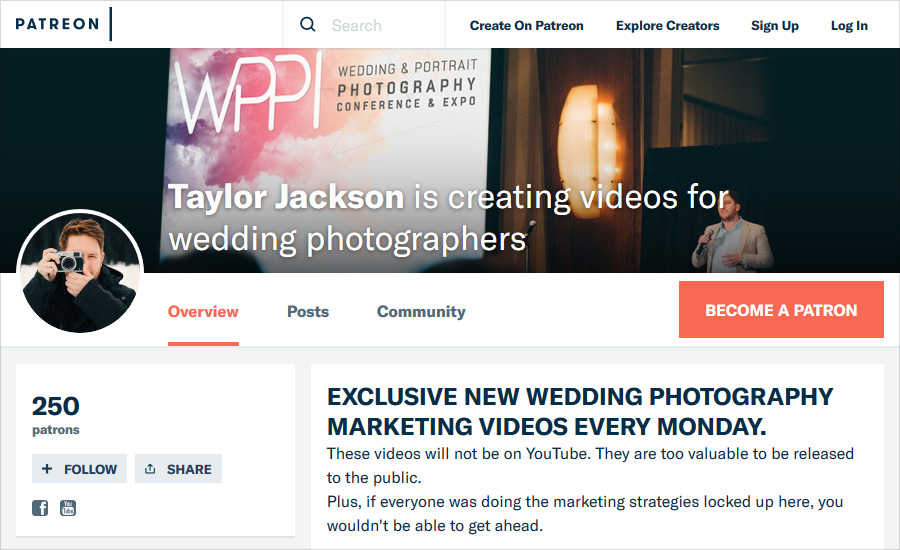 52Frames.com is a (free!) community of photography enthusiasts from around the world, working together to improve their photography skills. 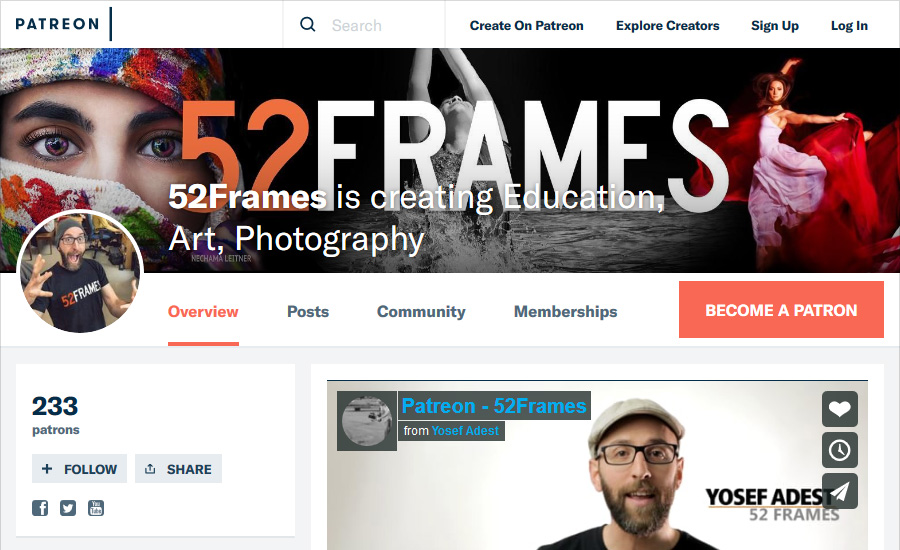 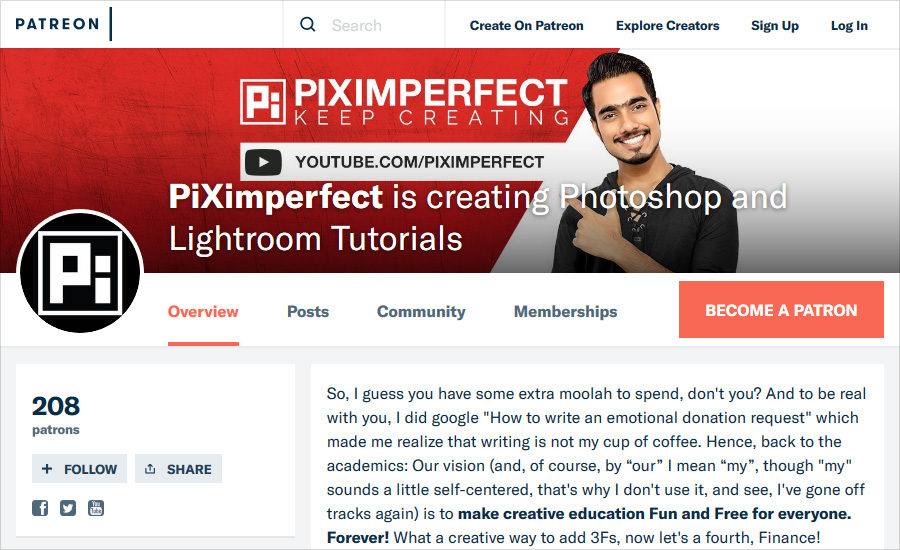 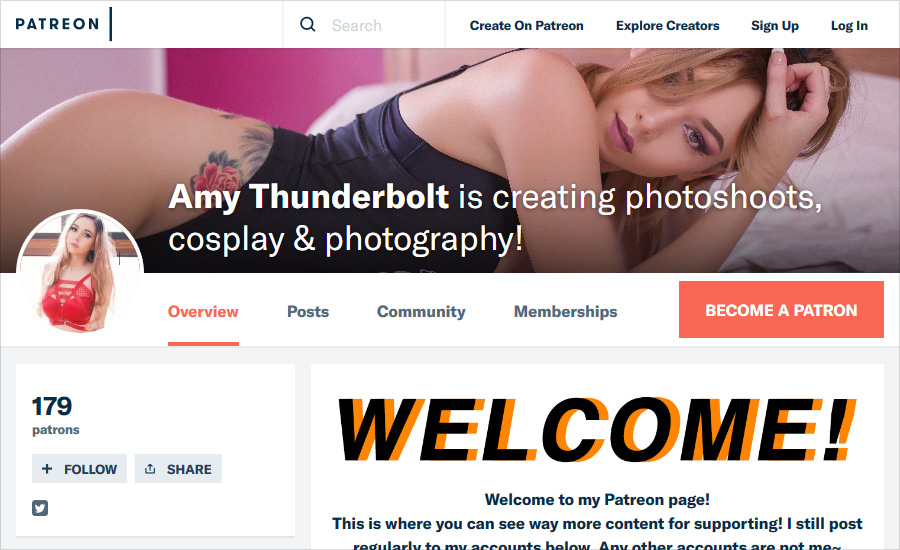 Texture Haven is a website where you can find high quality scanned textures for free, no catch. All textures are CC0 (public domain). No paywalls, accounts or email spam. Just download what you want, and use it for every purpose. 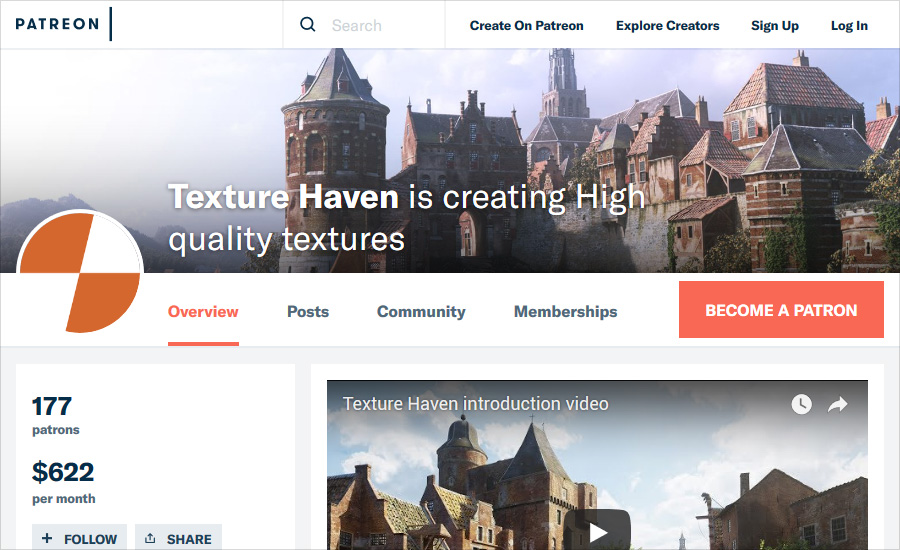 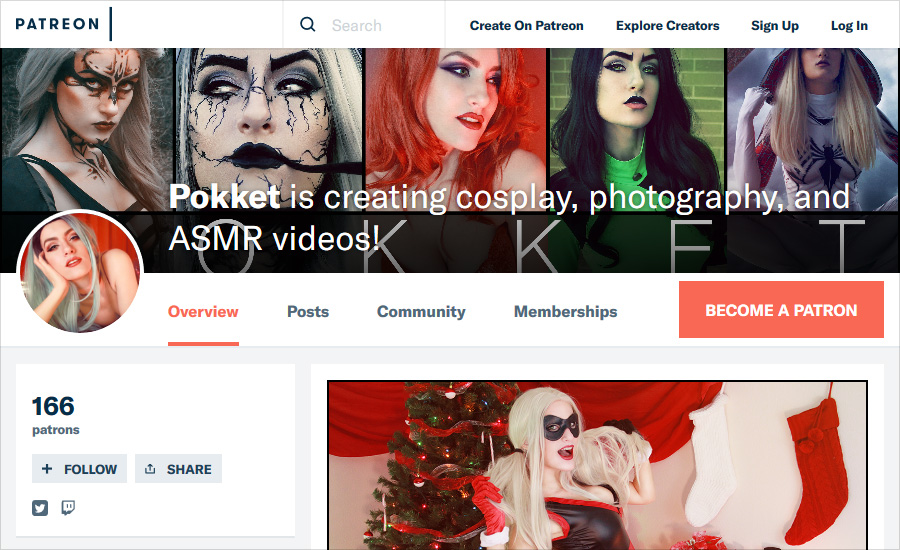 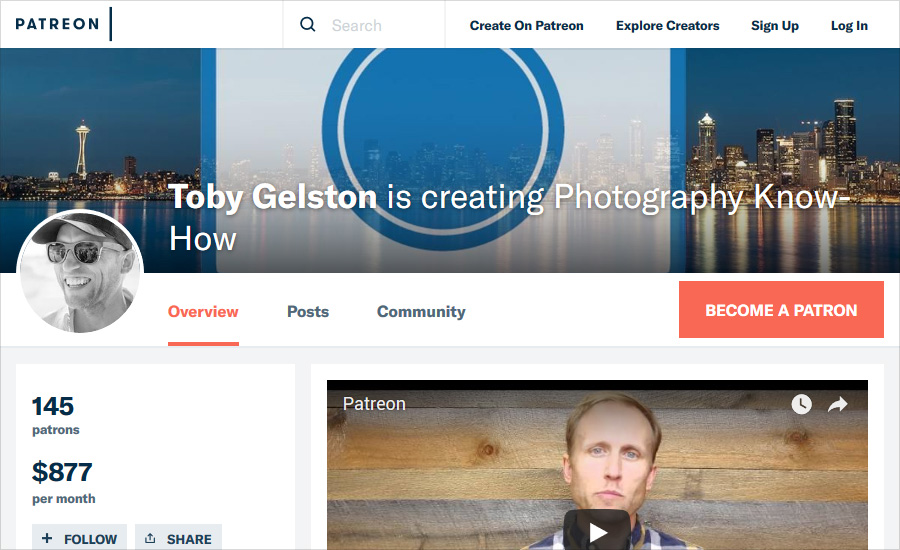 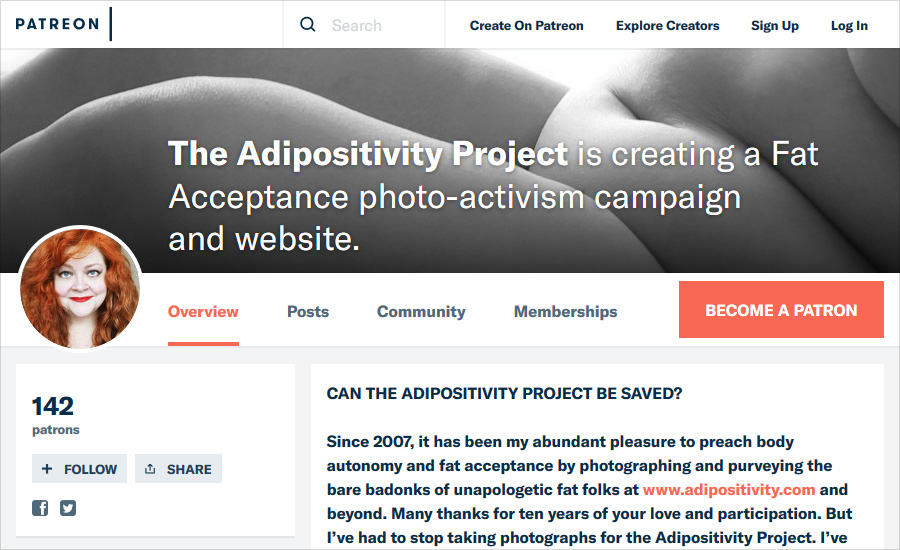 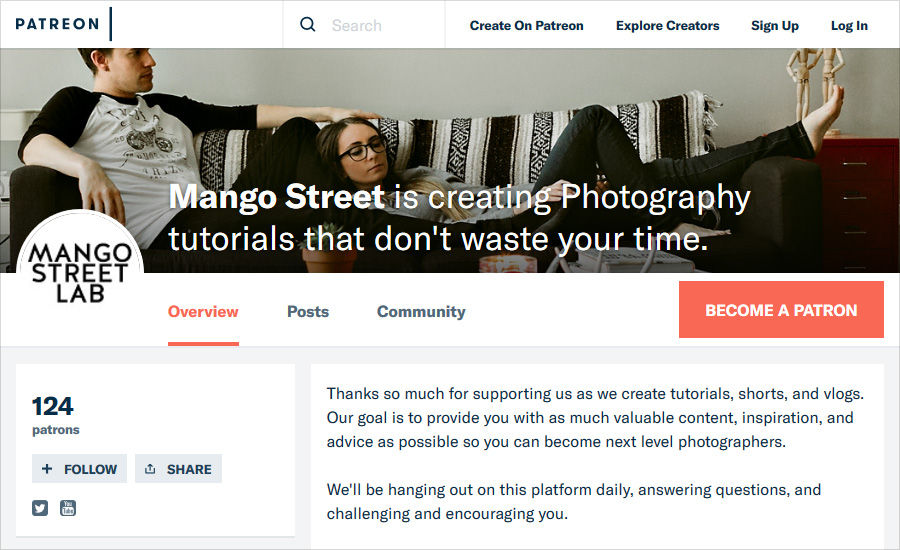 Sammantha Fisher is an internationally published photographer documenting animal rights issues, from sanctuaries to slaughterhouses and all the places in between. Her work showcases the emotional lives + personalities of animals in hopes that viewers will question what they’ve been raised to believe + possibly decide to lead a compassionate vegan lifestyle. 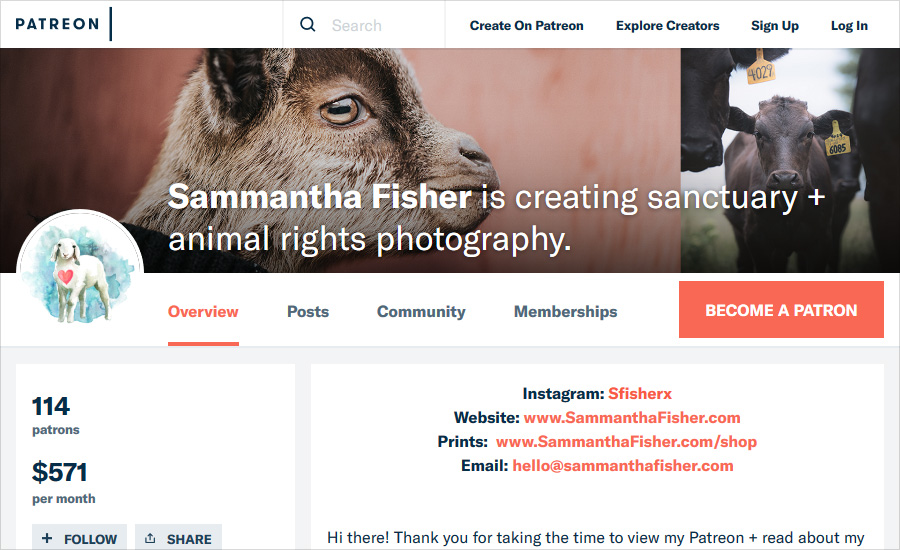 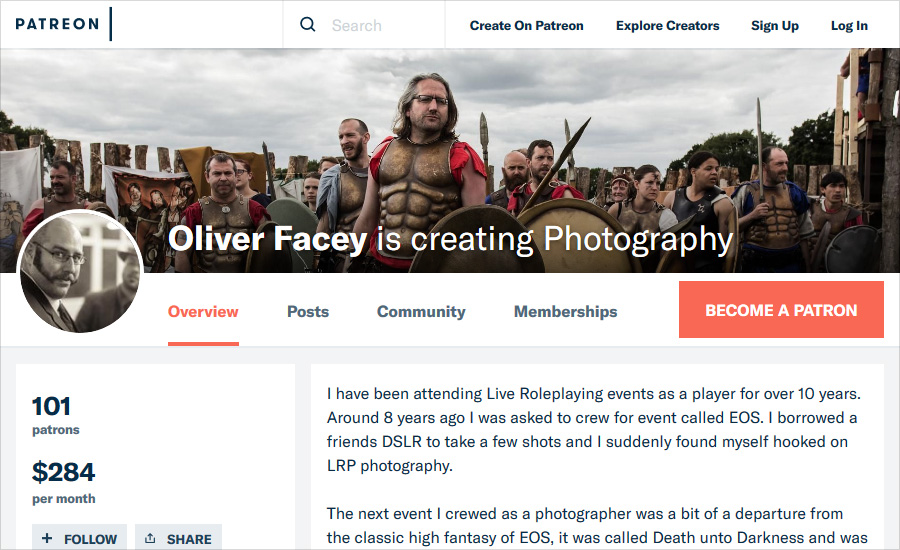 On Patreon since February 2016.

For the past 10 years, we’ve produced one of the best photography-related content in the form of The Candid Frame photography podcast. It has featured in-depth and insightful conversations with some of the world’s best established and emerging photographers including Mary Ellen Mark, Matthew Jordan Smith, Douglas Kirkland, Reza, Maki Kawakita, Joe McNally and hundreds of others. 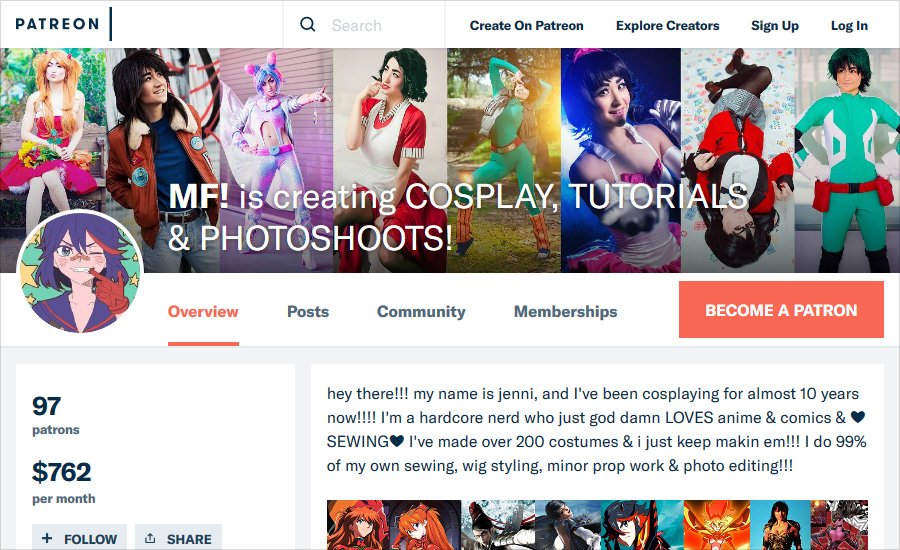 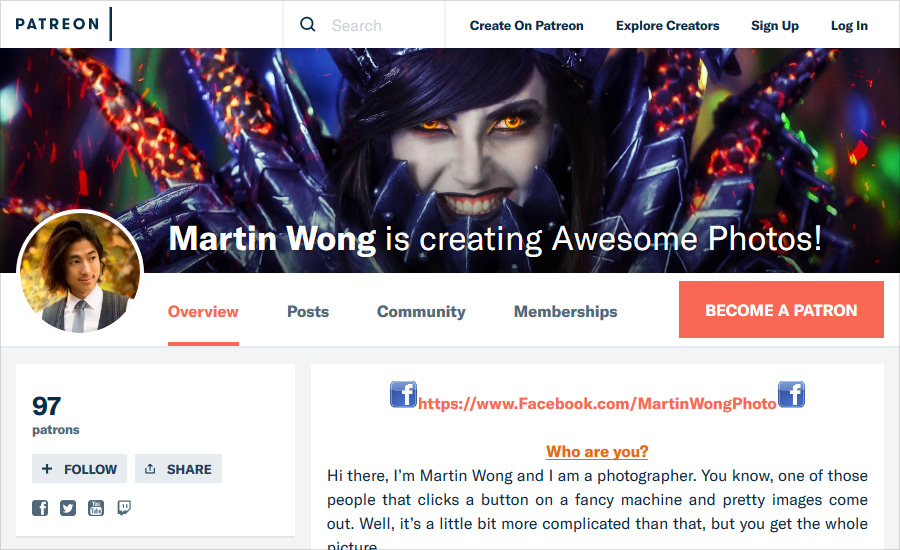 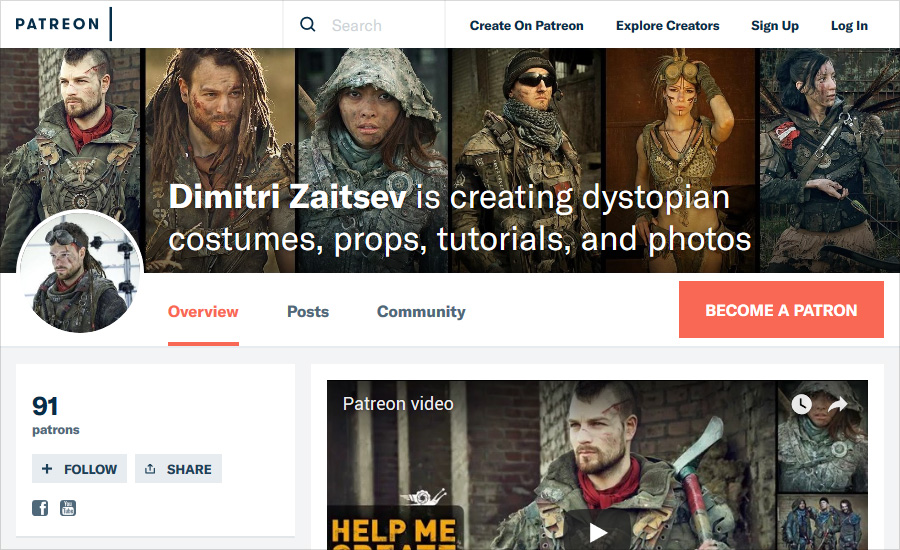 Cosplay as a means to build a following?

If I were a young photographer looking to build a following on the cheap, then I would look for a couple of female models near me that are into gaming and cosplay. Cosplay costumes can be bought online, but the really good ones will cost a bit. Add in some makeup (or spend more time retouching) and you can create plenty of viral photos: superhero and villain characters, anime characters, video game characters (League of Legends cosplay is VERY popular). 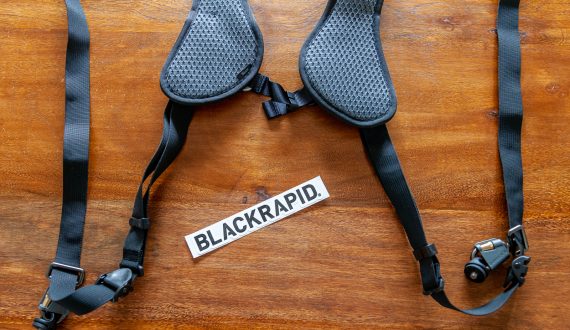 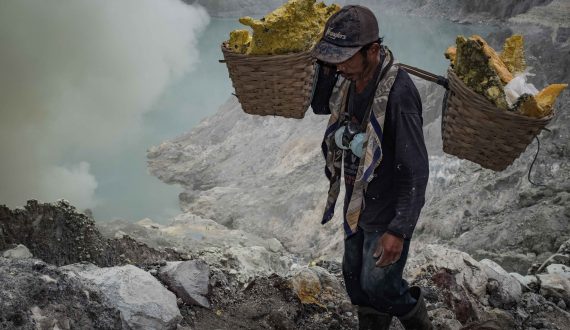 Traveling with Just One Camera: FujiX100F