Published March 2, 2016Tutorial & InsightBy Simon PattersonDisclaimerFStopLounge.com is a participant in the Amazon Services LLC Associates Program, an affiliate advertising program designed to provide a means for website owners to earn advertising fees by advertising and linking to amazon.com, audible.com, and any other website that may be affiliated with Amazon Service LLC Associates Program. At no additional cost to you, we will earn a commission if you decide to make a purchase after clicking through our affiliate link(s). Please use your own judgment to determine if any program, product or service presented here is appropriate for you.

The internet provides an amazing platform for content creators. Never before have individuals had such a chance to present their creations to the whole world. The flip side of such wondrous opportunity is the fact that others can so easily use the content to tear people down.

And thus trolling was born, fuelled by the relative anonymity provided by the internet. Trolling is when provocative responses are posted by those trying to detract from or feed off existing content.

Here are seven types of trolling often faced by photographers, video creators and their followers.

This is the laziest way to discourage people who take the time and effort to be creative. Just hit “thumbs down”, then immediately move on. It takes no effort and usually nobody will know who fired the shot, but a negative vibe is registered anyway.

It’s called a sniper shot because it’s far removed from genuinely engaging with the target. Fortunately, the impact is often minimal, hence the projectile is considered soft and squishy like rubber.

The Rubber Bullet Sniper Shot is best used for Youtube videos. Click “thumbs down” mere seconds after a video is posted, long before it is physically possible to have actually watched the video, let alone thought about its content.

The internet’s equivalent of white noise on a TV screen, the Dimwitted Expletive method is only slightly less lazy and vacuous than the Rubber Bullet Sniper Shot.

One of the joys of the internet is that anyone can participate…even children. However, it can be difficult for some children to find a place in conversations between adults. The Boy Trying To Be A Man approach is when a child resorts to seeking attention from adults like he does in the outside world : by becoming obnoxious.

Often the child lacks a good understanding of what is happening between the adults in the conversation, so the Boy Trying To Be A Man approach can often be spotted by its irrelevance to the topic at hand. If you experience a weirdly irrelevant and abrasive response to your post, you’re possibly being trolled by a 12 year old.

The Irrelevant Objection is when people attempt to appear knowledgeable by trying to shoe-horn in their pet topic.

Lacking an appreciation for the original article’s point, one kind of Irrelevant Objection involves a long, needless explanation that requires readers to hit “more…” to see all the knowledge the writer is showing off. Almost nobody actually bothers reading long comments, so this kind of Irrelevant Objection probably just generates frustration in the objector more than anything else.

The Irrelevant Objection is for those who are desperate to seek attention, but want to appear more intelligent than the Boy Trying To Be A Man. Photography blogs attract Irrelevant Objections like wasps to soft drink, especially when technical issues or gear features are being discussed.

The Ignorant Cheap Shot is a quick, jealous attempt to discredit the authenticity of content.  It is a simple but nasty endeavour to undermine the value of the content people are consuming, rather than encouraging consumers to evaluate the content for what it is.

This is a favourite by people responding to a popular photo, usually on Facebook. This kind of Ignorant Cheap Shot often includes a word like “fake”, “photoshopped” or “HDR”. Reflective of someone with just enough knowledge to be dangerous, these comments are designed to convince other non-photographers into thinking the photo somehow isn’t quite as worthy as it appears.

Another popular Ignorant Cheap Shot is to accuse a camera gear reviewer of unnatural bias, often imagining some kind of monetary or other kick back from camera companies. Hard evidence is never produced by the person firing the Ignorant Cheap Shot. Rather than intelligently challenging the content of a review or opinion, this kind of accusation is the intellectual equivalent of a toddler’s tantrum when they don’t agree with something.

The Ignorant Cheap Shot is only ever used by people who can’t create content anywhere near as good as the person they are denigrating.

Begging is when a person approaches strangers just to get something. The internet version of this is begging for clicks in the comments section of very popular content creators. We see several different Internet Begging techniques, with varying levels of sophistication.

One method is simply to post a link to one’s website with “Click to win $10,000” or similar, but a more sophisticated approach is to change one’s name and avatar to appear like you are really the person whose page you are posting to. Casey Neistat‘s Youtube channel suffers from this – someone creates an account using Casey’s avatar and name and then posts “Click here to win an Iphone” in the comments under Casey’s video.

Other forms of Internet Begging use various ways to garner clicks or “likes”, sometimes to promote business, but often just for attention. They all have one thing in common – they are irrelevant to the original content.

Emotional Leeching is where someone writes a comment about an emotional topic with the sole purpose of inflaming passions. Like a leech sucking someone’s blood, it seems that many individuals simply enjoy sucking negative emotions out of others. Highly emotive topics such as religion, politics or camera brands are fertile breeding grounds for Emotional Leeching.

Emotional Leeching can often be difficult to spot, as people genuinely have differing views on emotive topics, sometimes resulting in healthy, robust discourse. This does not mean that Emotional Leeching is happening – it is just that people sometimes express strong opinions they genuinely care about. Unfortunately, this genuine debate can attract those who use Emotional Leeching to try to garner attention and side-track conversations.

Occasionally we see a great response to trolling, but most often engagement with trolling just leads to further distraction from the original content. So, often, ignoring trolling is the most effective way to respond.

To support the content creators we appreciate, it is usually best to hit “thumbs up”, share their content, and take part in relevant healthy discussion on their websites.

Simon is an enthusiastic photographer who also likes discovering the truth about things. He loves hiking and camping in the wilderness and the challenge of learning to communicate through the art of photography.

Simon aims to create images that affect people emotionally. When not out shooting or processing images, he reads everything he can about photography.

Simon is a country boy who resides in Victoria, Australia. 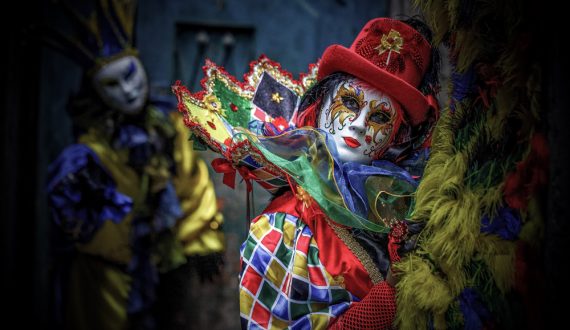 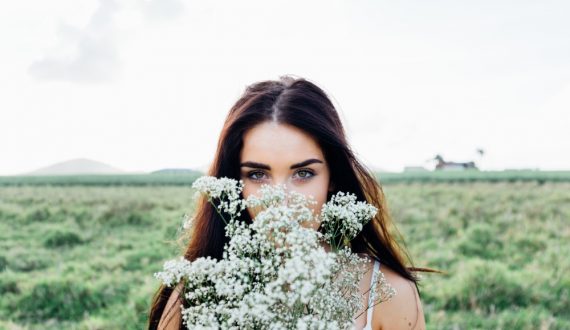 Learning the Art of Photography