Polishing a turd in camera

Updated July 5, 2017Tutorial & InsightBy Simon PattersonDisclaimerFStopLounge.com is a participant in the Amazon Services LLC Associates Program, an affiliate advertising program designed to provide a means for website owners to earn advertising fees by advertising and linking to amazon.com, audible.com, and any other website that may be affiliated with Amazon Service LLC Associates Program. At no additional cost to you, we will earn a commission if you decide to make a purchase after clicking through our affiliate link(s). Please use your own judgment to determine if any program, product or service presented here is appropriate for you.

turd (noun) : A lump of excrement

One of the advantages amateur photographers have over pros is that the only pressure we experience is self imposed. We can shoot anything we want, experimenting to our heart’s content. If we come back with nothing from a shoot, there is no real cost apart from our own disappointment. No big deal.

As soon as a photographer shoots to someone else’s brief, there is suddenly external pressure. Not only is there a deadline to meet, but there are minimum quality standards and a need to make a useful image of the given subject.

What if that subject we must shoot is, metaphorically, a turd? Let me explain how I recently dealt with this problem.

I regularly volunteer to shoot for my small town’s free community information magazine, circulation approximately 4,000. Copies are prominently placed in every business in town, with a new update published quarterly.

Whilst I was overseas recently, I was confirmed to shoot, upon my return, a front cover for the upcoming edition. The subject was a particular meeting room which was about to become newly available for public use. My submission deadline was a Sunday evening, three days after I arrived back in the country. This was not a huge amount of time, but theoretically plenty for me to press my camera’s shutter button once.

The building I needed to shoot was not always a community meeting room. For most of its existence, including its purpose when first built possibly 50 years ago, it was a toilet. Otherwise known as a restroom, WC, comfort station or even “dunny” if you’re Australian.

So my brief was to turn an old dunny block into front cover material, presenting it as a location that community groups should want to meet in. I had 3 days. If that’s not a case of trying to polish a turd to make it look attractive, I don’t know what is!

Thankfully, two of those days were a weekend, so I scoped the site at around midday on the Saturday. Saturday was a completely clear, sunny day.

Of course, such conditions at midday generated harsh light that was totally unsuitable to help a toilet block look appealing. I knew I’d be coming back later, so I gained a few ideas of what to do when I started wielding my camera. I sincerely hoped that Saturday’s sunset would have enough gentle warmth to flatter the toilet block.

Later that afternoon, with two young children in tow, I went out to take the cover shot. This was my only realistic chance to get the shot, as there was no guarantee that Sunday would have a reasonable sunset. As a further restriction, sunrise was likely to have the old toilet block in shadow from the adjacent buildings.

The difference in the feeling of “needing” to get a decent shot, as opposed to just “wanting” to get a good shot, is very interesting. There is definitely added pressure, but also a certain freedom as well.

I was well aware that I had to choose the best shot I could make in the limited time. This helped me to relax somewhat, because I realised I need not find “the perfect” angle or a “great” image. What was required was something “suitable” and “appropriate”, not something perfect or even great. This reduced some feeling of pressure.

On the other hand, the unavoidable requirement to create a “suitable” picture definitely had the heart pumping a little harder than when I normally shoot for fun. I could not afford to come away from this shoot empty handed.

I started across the road from the building, shooting it in context with its surroundings using a mid range prime lens. Some autumn foliage in the background added potential interest there.

Next I moved close up, trying to find an interesting angle from down low with an ultrawide lens. This had the advantage of hiding most of the ugly corrugated iron roof, which was tainted with hundreds of blobs of algae. This spot was limited by a handrail that obstructed my desire to be low to the ground, but I thought the handrail could feature as a leading line to the doorway.

Finally, I moved around the side of the building, trying to feature some of the neat, green hedge in the foreground. This was my attempt to soften the relatively stark appearance of the building. Thankfully the sunset was warm, and I liked the orange light glinting off the windows that bathed the bricks in an appealing glow.

As I photographed, I thought that my wide angle close up would probably end up being the front cover image. I did have a couple of backup pictures from different angles which I thought could be “good enough”. Ultimately, I wasn’t particularly happy with those.

On the Sunday night, I evaluated all my photos and still felt that the wide angle close up was the most suitable image. It seemed to be the most interesting, and it did largely hide that ugly tin roof, which was covered with blobs of algae. It also prominently featured the building’s information sign on the front, which I felt was a bonus. I wasn’t fully convinced by the effectiveness of the leading line of the handrail, but I didn’t feel this detracted too much from the image either.

After selecting my preferred image, I completed some post processing to make the building “pop” within the frame as much as I could. Finally, I emailed the result to the magazine editors for insertion into their final draft, for printing and publishing.

As I write this, copies of my picture will grace every business and community centre in town for the next three months. I was relieved to create an image I felt satisfied with, especially with the pressure of time constraints that I am not used to when taking photos.

I’m sure I’m not the first photographer to face the need to “polish a turd”. What was your most memorable subject that needed to transform from “turd” to “magazine front cover” or similar? Did you succeed?

Simon is an enthusiastic photographer who also likes discovering the truth about things. He loves hiking and camping in the wilderness and the challenge of learning to communicate through the art of photography.

Simon aims to create images that affect people emotionally. When not out shooting or processing images, he reads everything he can about photography.

Simon is a country boy who resides in Victoria, Australia. 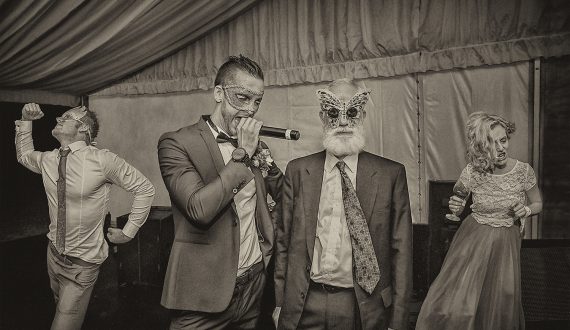 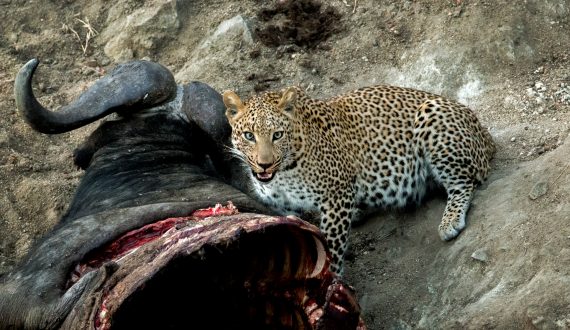