Over the last handful of years my camera has been along with me on many adventures. But few have been as delicious as my journey up north back to my home town of Buffalo, NY where I enjoyed a peek behind-the-scenes at Community Beer Works. If you read their website, you’ll notice that they claim to be Buffalo’s first “nano” brewery. That is, they brew very small batches of what I believe may be just the best damned beer I’ve enjoyed in a long time. My connection to Community Beer works has been, what? 23 years in the making? One of the owners, Bob Watkins and I attended high school together and probably both enjoyed most, the walk back home after school we shared on warmer days. Here we are 24 years later and thanks to my camera and a little thing called Facebook, we managed to reconnect. 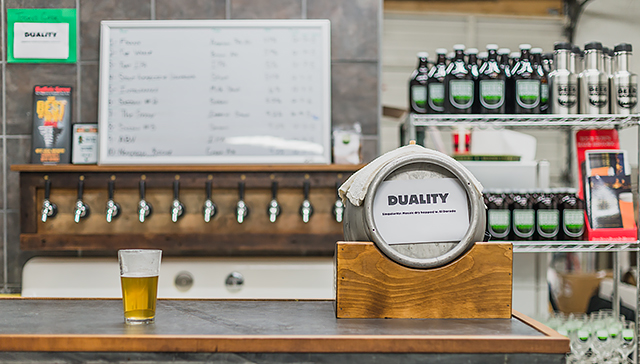 There is no doubt that Bob and his fellow brewers are passionate about the work they do. The brewery is located downtown off Lafayette street, just by the Niagara River. Easy to get to, and should you decide to swing in, you’ll be glad you did. 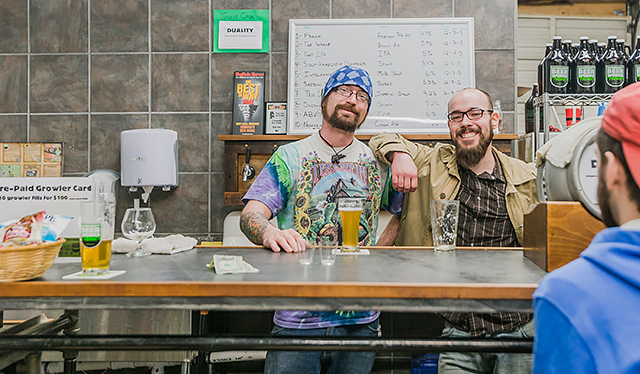 You enter into their retail space which is a hipster’s dream of reclaimed pipes, wood, and slate all assembled into rugged bar tops and tables. On the far wall, you’ll see all the ways that you can help pimp their brand and delicious offerings (and once you have a sip, you’ll no doubt be proudly displaying your brand new growler among your best barware)… directly to the left are the taps, oh the mighty taps. 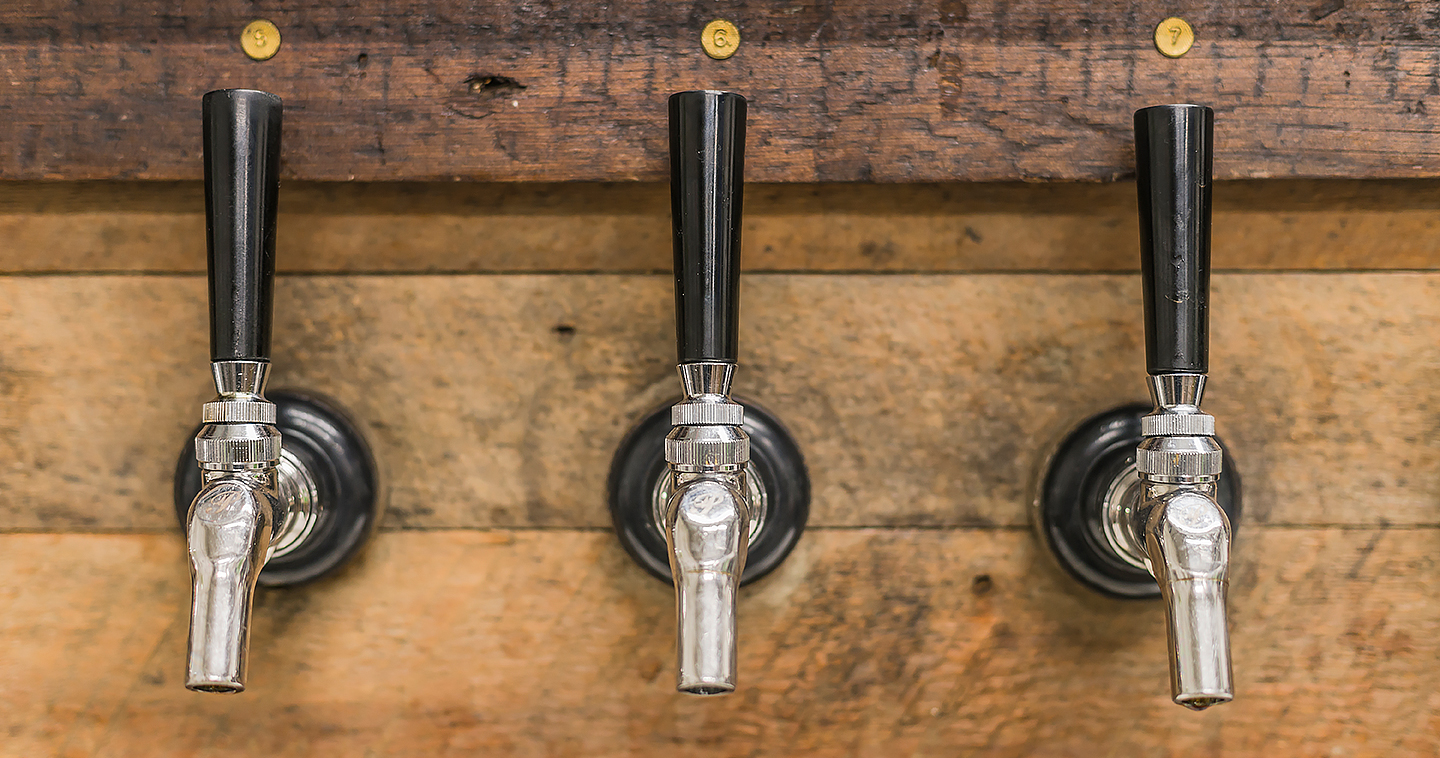 Behold the stainless faucets that drip such sweet elixirs. On the day of my visit I sampled them all (many pardons for any blurry photos). My top picks? The Whale is a pretty fantastic, full-bodied brown ale, and judging by how many kegs left for deliveries the morning I was there, I’d hazard to say that might be their most popular brew at the moment. But all the beers had something to offer, That IPA was bright and refreshing with a good hoppy kick and the Stout offered all the toasty goodness you’d expect from a good dark beer. 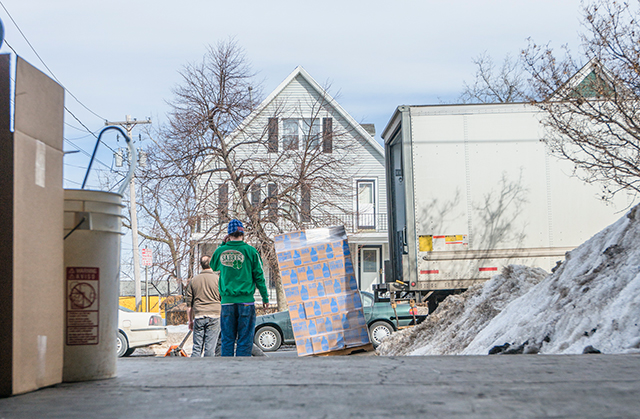 About mid-day the brewery received a rather massive delivery of their trademark growlers. Watching the guys wrangle a towering pallet of glass into the brewery was nothing short of impressive.

Around the corner from the retail/bar area, you’ll find where the magic happens. Currently all the beer is produced via a three burner stout kettle system which nets one and a half barrels (or 47 US gallons) per batch. From these kettles, everything is then moved over to tanks to ferment, then it’s onto clarification (au natural via crash cooling to drop the yeast out of suspension) and carbonation. Rinse, repeat.

Every Friday is greeted by the cheerful tapping of a new cask. Cask beer is a special little number that’s brewed using traditional ingredients and carbonated only via live yeast in a secondary fermentation process. Known as “real ale,” these beers enjoy a unique flavor of their own and if you get the chance, I highly recommend giving one a sip.

By day’s end, a number of the other owners and brewery employees gathered ‘round the taps to celebrate the end of another long week. Maybe it was our common background (being from Buffalo, a breed raised on harsh winters, mild summers and the near constant let down by our hometown teams, whom we passionately cheer on despite their blunders) or perhaps it was just the beer, but it felt like home. You know, familiar faces, people quick to join in with friendly conversation and wild stories all for a good laugh. I got to know a little about nearly all of them and as I gathered them up for a few quick snaps, you could see how well they jive together. A good team, great skill and a special recipe all makes for excellent beer.

Gear used on this shoot:

My background as a fine artist (painter/illustrator) and graphic designer gives me a somewhat unique perspective when at a shoot composing my photographs. I came to photography a bit later in my creative career, but I've embraced the challenge and excitement of harnessing a new medium and have worked to make it my own.

Connect with Suzanne Clements on: