They say there are two kinds of photographers – those who have already had a computer disk failure and those who are about to have a drive failure. It’s a fact of the digital age, your images are just little binary ones and zeros on some form of storage media and if something goes wrong then they are gone for ever.

In film days there was no realistic way to back up slides or negatives. Dupes were poor and/or expensive so unless you shot multiples copies in-camera you had the one image and you looked after it. I have filing cabinets full of transparencies that I shot before about 2002 and if those were damaged they would be gone for ever.

So in many ways we are much better off, digital images can be easily and cheaply copied so implementing some sort of back-up strategy is a no-brainer.

The problem is identifying which strategy to use.

There are proprietary ones from companies like Drobo for example but in my experience it’s not necessary to go down that path; in fact there is a lot to be said for the KISS principle. Your back-up strategy can be quite simple so let me explain how mine works. 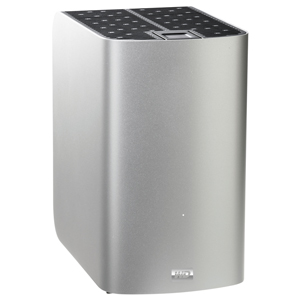 All you really need are two large hard drives – one can be internal but ideally both will be external. I use the Western Digital range of external hard drives (HD) – specifically the the 4TB and 6TB My Book Thunderbolt Duo which hook up to my Macs and gives me an excellent data transfer rate through the Thunderbolt connection.

This is where I store all my images, not on the internal drive which is reserved for the system files (OS) and applications like Lightroom, Photoshop etc.

Then I have another similarly sized HD which is connected to my network – it’s a Network Attached Storage (NAS) box which is geekspeak for the same kind of HDs but in a box which hooks up to a network, not to your computer via a USB cable.

You could use two locally connected drives too, Thunderbolt drives can be daisy chained, but I prefer to use a NAS so I can tuck it away in a cupboard in my office and other computers on my network can access it without my own computer being turned on.

My current NAS is a Thecus 2310 box containing two of the new WD RED 6TB drives for a total of 12TB of storage space. 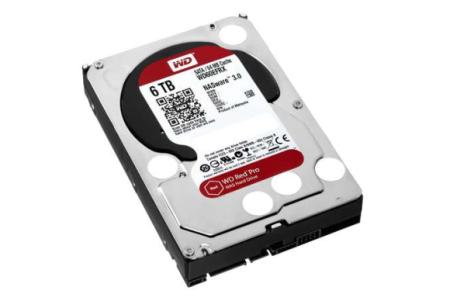 Forgetting the other computer for the moment, what I am trying to achieve is to *mirror* the contents of my local HD on the other network HD. Every file on my local drive should be copied onto the other drive so that I always have two copies at any moment in time.

The best part is that I can automate this. I use Chronosync, a fully featured $40 application from Econ Technologies . This is the one I use and I am very happy with it but there are many others. What you want to avoid is using an archive application that packs data into some sort of proprietary file format – I just want a simple copy of the data.

If you look for other applications you’ll need one that can do scheduled operations, not just ones that you have to trigger manually. FreeFileSync is an excellent open-source file sync app but it does not offer scheduling. Free apps tend to lack scheduling, paid apps include it.

The important feature of this software is the ability to do *one way*, not two way file sync operations. This is critical. You don’t want to mirror deletions – if you delete a file and the next day decide you made a mistake then, if you have backed up overnight, you’ll find the deleted file has gone from the back up drive too!

The software looks for files that have been added or changed in some way. Then it copies them to a destination, in this case your other hard drive. That’s all it needs to do, and if you set it to work at, say, 2:00am every night then you can never lose more than one day’s work.

I see no real reason to get more sophisticated than this simple one way mirror set up. You don’t need RAID, you don’t need proprietary formats just a straightforward copy operation each night.

Do be aware that the first time you run a back-up on a large HD it will take a while. As I write this, my new Thecus NAS is receiving files from my 6TB drive and it will take about 36 hours. Don’t be put off though, this only happens once. The next time the back-up is run only *new or altered* files will be copied: it takes only a fraction of the time, and it happens when you are asleep!

One further point: this is still not a fully robust archiving strategy which is also resistant to physical damage like fire, theft or storms. For that you need to at least take one copy off-site. Personally, when I go away I take the NAS box to a relative’s house and put the external drives into a fireproof safe at home. This means my data is still vulnerable to a disaster when I am *not* away but without putting in place some sort of rotating back-up drive policy with three HDs instead of two, it’s a risk I accept.

No system is perfect but my simple system is highly resistant to hardware failure, which is enough for me.

1x 6TB My Book Thunderbolt Duo connected to my desktop computer.
1x Thecus 2130 NAS box containing 2x 6TB WD RED hard drives connected to a Gigabit wired Ethernet network (wireless is too slow).
Chronosync scheduled to *one-way mirror* the entire 6TB My Book drive to one of the 6TB drives in the NAS every night at 0200.

Nick Rains has been a professional photographer for thirty years of broad experience and he remains a working photographer, shooting assignments around Australia and the rest of the world. He is also Principal Instructor for the Australian branch of the Leica Akademie. Nick is a Master of Photography with the Australian Institute of Professional Photography (AIPP) and is a National Judge at the annual Australian Professional Print Awards (APPA). In 2002 Nick was awarded Australian Geographic Magazine Photographer of the Year and continues to shoot assignments for the magazine all around Australia. Post-production is another of Nick's strengths, he is an acknowledged Photoshop and Lightroom expert and has been involved in teaching advanced courses in these two industry leading applications for the past five years. Nick is also a skilled printer, making fine prints for exhibitions and often takes on consulting roles with inkjet manufacturers.

Connect with Nick Rains on: