Photo walks are becoming all the rage now Google+ has recently turned two! 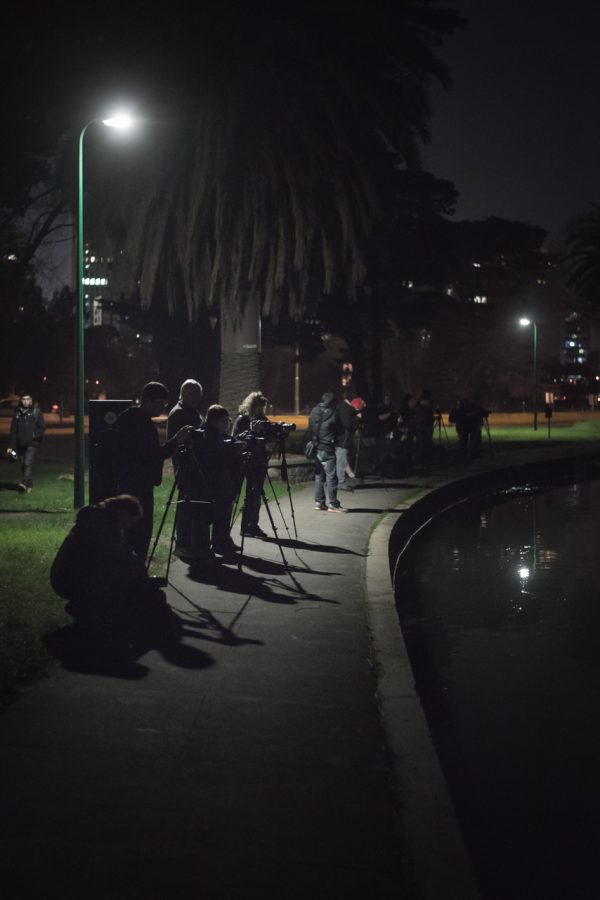 A photo walk is essentially a meet up of like-minded photographers who walk from one destination to another, socializing and photographing along the way. The walk normally ends up at some sort of local cafe or bar so participants can interact with each other and review their images.

It’s amazing to see so many photographers around the world engage with one another in an offline sense. I know if it weren’t for Google+ I would probably be on a photo walk alone….I mean where is the fun in that?

Being new to Melbourne, I wanted to get out and see the sights so knowing that it was the second anniversary of Google+ there was bound to be a local photo walk happening. I did a quick boot up of the computer and logged into Google+ and started my search. Previously I had organised a couple of photo walks with fellow photographer +Paul Pichugin back in my hometown of Perth, Western Australia, however this was my opportunity to sit back and enjoy the sites of Melbourne, without any administrative responsibility.

I eventually managed to find a Melbourne Photo Walk Event, run by +Paul Pavlinovich via a Google+ Community. As soon as found it I rang my photog mate +Jack Salzke to see if he was keen to tag along.

“For sure,”  was his response.  Jack had never been to a photo walk and as a newb I found it interesting to hear his thoughts after the event:

“Being someone who isn’t great in social situations where I don’t know anyone without there being some kind of alcohol involved, I was hesitant to go on a photowalk with a bunch of strangers; but since I was going with my friend +Leigh Diprose I didn’t think it would be an issue.

In the end the whole experience was a great one, I met some great new people, had fun seeing how everyone approached shooting in their own unique ways and enjoyed just going along for the ride (or walk). That said it’s probably not something that I personally would do on a regular basis purely because I more so enjoy studio photography and portraiture as opposed to this kind of street/landscape side of photography. But I can absolutely see how a huge range of people would love going out and doing this on a regular basis and would recommend that everyone give it a go at least once or twice.”

Photographers moving in mass sporting telephoto lenses, tripods, phones, compact pro’s and digital SLR’s are certainly a perplexing site to the many ‘muggle’ onlookers. Anyone or anything in the way of the swarming photographers was about to be photographed! I’m sure this was the exact situation when the bridge full of photographers hovered over a busy Melbourne street. The drivers would have been going…what the?

As I mentioned before photo walks have come a long way since the start of Google+. A good example of this was the recent photo walk held just over a month ago in the US.

At 5:30pm on May 14th photographers gathered in San Francisco to participate in a photo walk with +Thomas Hawk and +Trey Ratcliff, two of the most influential photographers on the planet. Having a combined following of over 10 million on Google+; the event was clearly going to be a success.

The event broke a record for being the largest photo walk in the world. I have searched online but unfortunately I can’t find the exact number of people who attended so if you know the number please drop the figure in the comments below (or if you have the time count all these people).

Obviously with a crowd this big some direction was needed. I mean, could you imagine hundreds of photographers roaming the streets? It would have been a logistical nightmare if there wasn’t a plan in place. Luckily, Trey wrote some objectives on the Google+ Event page so participants could have a read and know what they would be doing before rocking up with all their camera gear. These were the objectives;

– Focus on PhotoWalkers:  – Even though we’ll be taking photos of the city as we weave through it on our route, it’s OPEN SEASON on other PhotoWalkers! Take all sorts of photos of your fellow walkers, and later, tag away.  Get close, get far, get creative!

– Photo Lessons – I’ll be stopping a few times throughout the walk to set up for shots.  I’ll talk through my settings and describe my setup.  People are welcome to look through my camera.

– Need Photo Advice – Come up any time throughout the walk and ask me or Thomas anything!  We’re happy to help.  No question is too dumb, and we are happy to help!

– Sharing – Get back home to the sweet internet after the event and upload your photos to the event.  Tag people in the photos, and tag the photos with #GlassPhotowalk

Seriously who wouldn’t want a pair of these?

So what are you waiting for? Why are you sitting down reading this when you could be out on a photo walk mingling with like minded people? Who know’s who you will bump into….I might even see you there! If you are interested in joining a local photo walk I would strongly recommend heading over to Google+ and joining if you haven’t already. Check out the ‘Communities’ tab and do a search for your local area. You will be surprised what you will find, there is bound to be at least one photographer near by…so why not reach out and connect, start your own walk and join in the fun!

To watch the entire San Francisco Photo Walk check out the video which was broadcast live via Virtual Photo Walks.

To see all of the participants uploaded photos on the US walk you can visit the Google+ Event here.

To see all of the participants uploaded photos on the Australian walk you can visit the Google+ Event here.